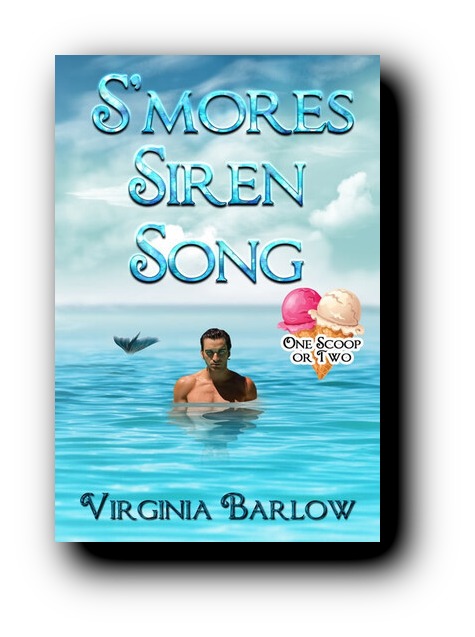 Addy Townsend runs an ice cream parlor in Mystic Cove, Maine. Cursed to spend her days human and her nights as a siren, she has until her twenty-fifth birthday to make her decision. Fighting against as corporate fishing company to preserve the lifestyle and well being of the locals, she asks for help and Commander Benjamin Yeates of the Coast Guard arrives to investigate her allegations. As a marine biologist, he is very interested in the rumors of a mermaid in the cove and wants to collect DNA for study. He falls hard and fast for Addy before he discovers there’s more to her than meets the eye.

The boat turned around and hummed away from shore.

Adysson sucked in a much-needed breath of relief. She’d deal with the rumors of a mermaid later. Right now, the importance of clothes outweighed anything else. She glanced at the beach and found it deserted.

Making a beeline for the chest holding her terry robe before any more prying eyes spied her, she stepped from the water, retrieved the garment, slipped her arms through the sleeves, and cinched the belt.

Relieved, she turned and walked right into a human wall adorned with black wavy hair and sultry blue eyes.

“Oh! I…uh…didn’t see you there.” Her voice quivered with tension. Damn! Damn! Damn!

“I would say it’s pretty obvious.” His dark gaze roamed over her too hot face to her bare toes and back up. “Nice, uh, robe you’ve got there.” He glanced up and down the beach. His gaze fell to the waterproof bin at their feet. “I didn’t realize Mystic Cove had a nudist beach.”

Her gaze shot up to his. “We don’t. This beach belongs to me. See the No Trespassing sign?”

She pointed at a sign next to them and waited for his reaction.

He stood a head taller and wore a navy shirt open at the neck and navy trousers. A grin crossed his face.

“What’s the penalty for skinny dipping here?” His amused expression did a once over her body before

gazing into her eyes.

Heat flamed her face. “A thousand bucks and up to six months jail time. Do you plan to turn me in?”

His gaze darkened and dropped to the V in her robe. “No.”

Adysson swallowed and shifted her feet. She’d never been this close to such an attractive man before.

“The fine varies up and down the coast.” He gazed at the water behind her head for a moment and then

returned to her face. His voice dropped to a sexy drawl.

“Since this is a private beach, I’ll let you off with a verbal warning.”

Confused, she frowned. “What?”

He took a leather billfold from his front shirt pocket and flipped a badge at her. “I’m Coast Guard

Adysson groaned. Her knight in shining armor arrived to slay Marshal International, and she stumbled into him naked. “Adysson Townsend. My friends call me Addy, but I don’t think we qualify as friends.”

She chose to ignore his comment. “Can you arrest me? I thought your authority ended at the shore.”

“I can go anywhere as long as it’s tied to my investigation.” A gleam entered his dark eyes. He leaned closer. “Do you want me to arrest you? I’ve got a set of cuffs in my truck, but I can think of a better use for them than taking you in.” His breath brushed across her cheek, and desire glittered in his eyes. 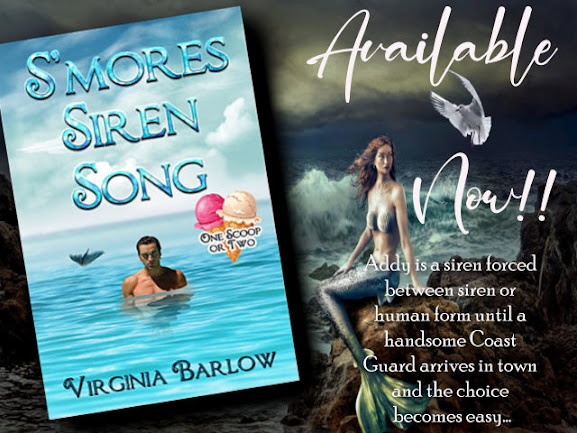 Virginia Barlow has a great zest for life and loves her family. She likes to crochet, knit and quilt, and likes to make blankets for her grandchildren. She bakes a little and cooks when she has to. Roses are her passion and at one time she had over a hundred rose plants in her yard of various colors.

Virginia has always been an avid reader and loves being an author. Seeing her stories in print are one of the finest things in her life, next to her family and friends. 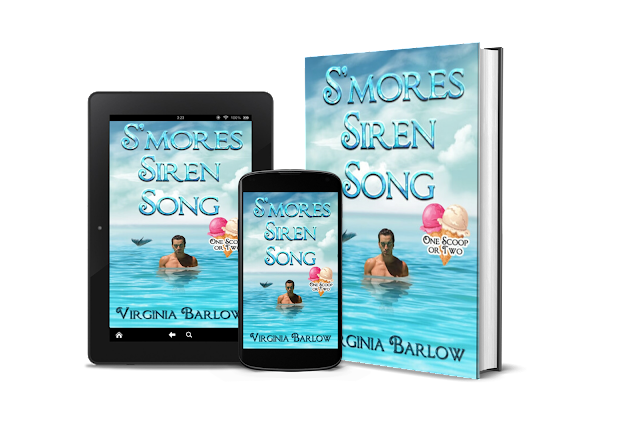