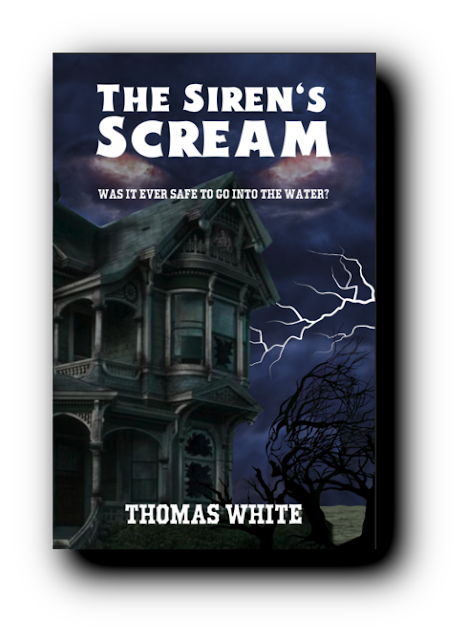 An old mansion sits atop of a cliff, overlooking the ocean, in Santa Cruz, CA. A young realtor, Darcy Wainwright, manages to sell the dilapidated old house to Henry Childs, an obese nebbish who is obsessed with the property. In the backyard is a pool. Not an ordinary pool but a giant tide pool. In the tide pool is a siren with an evil agenda for revenge. 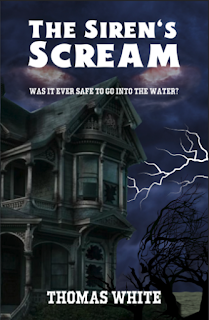 Henry Childs led a life of total inconsequence. He had no friends, no hobbies, no guilty pleasures. He had spent his thirty-eight years in the space behind his mother’s aggression, lacking the courage to reach for anything more than this pitiless world deigned to dish to him.

Edith Childs screamed at Henry from the other room, “Henry, I’m bored. I want to go for a drive.”

Henry’s face scrunched in disdain, and the folds in his ample neck turned red. There was no denying her, not that he had ever had the backbone to attempt anything so drastic. Henry Childs had spent his thirty-eight years in the space behind his mother’s aggression, lacking the courage to reach for anything more than this pitiless world deigned to dish to him.

With a stoic exhale, he paused his video game, gulped down his cinnamon roll, lifted his considerable bulk out of the comfort of his reclining chair, and began the routine that would eventually get his mother from her bedroom to her wheelchair and into the car.

He grabbed her yellow sweater to be sure that she would stay warm.

He held up the cardigan and attempted to help her into it.

“I can dress myself, thank you.”

Then there was the transfer from her sitting chair to her wheelchair.

“For goodness sakes, Henry, you would think this was the first time you’ve ever done this. Move the chair closer. I’m not an acrobat.”

…the parade out to the porch.

“Henry, don’t scrape the wall. You’re always so careless. We have gouges up and down the whole hallway.”

“Don’t go so fast. Are you trying to launch me into outer space?”

…across the walkway toward the car.

“Do you have to hit every bump on the walk? Wait, go back, I think you missed one.”

…then finally into the car.

“Be careful of my head. I don’t want to lose what sense I have left.”

By the time the car door was closed, with his disintegrating mother safely ensconced inside, Henry had sweat running down his forehead and was breathing hard. His double chins were dripping from each crevice, and his shirt was beginning to stain from the accumulating moisture. He dropped her chair into the trunk, wiped his brow on his sleeve, and embraced his final moments of silence before he opened the door and plopped behind the steering wheel of his Nissan Murano. 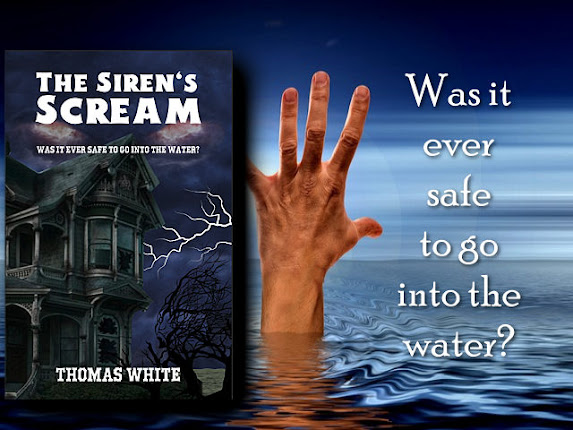 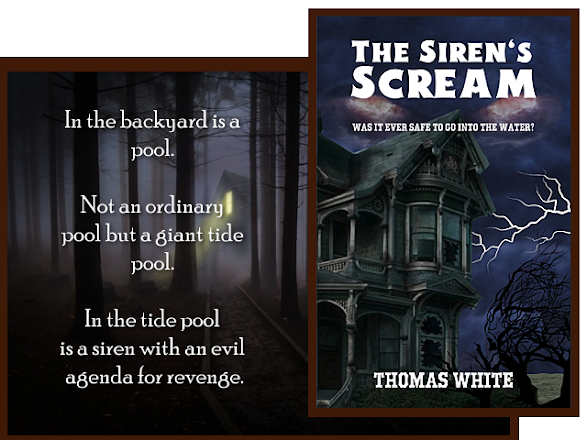 HOW DO YOU THINK UP THIS STUFF?

As is true with many authors, the question I get most often is, “Where do you get your ideas?” And quite honestly, it is often the simplest of things that will set you off on a path. That was exactly the case with ‘The Siren’s Scream’. While sitting on a dock at a mountain cabin on a lake, I saw a small school of fish swimming beneath. A slight altercation between several of them caused one to flip over and scoot away. As the fish flipped, I saw the colors of its belly reflect in the sun and I was mesmerized. I’d seen this before, of course, most of us have, but the image of the colors flashing stayed with me. The idea of a creature living in the water began to blossom. Now, there is nothing original there, the legend of the mermaid is long and fabled and I struggled with the concept of creating an original take on the creature, a viable storyline, and how to present it in an intriguing manner for a few years. I’d started and stopped writing it many times. Every once in a while, I’d pull it out and make another attempt at creating something that wasn’t ‘calling sailors to their death’. And as they say, write every day because you can change something, you can’t change nothing and the process is what brings about results. Because of my many attempts I discovered that I had developed parameters outlining the kind of story I wanted to tell. I wanted it to be set in present day, I didn’t necessarily want it to be about sailors or the sea, and I wanted a twist or two that would engage the reader. Other than that, I was floundering. Then, at a family gathering, dealing with a particularly challenging sister, it occurred to me these creatures had an origin, a family, a lineage, a past; they had to come from somewhere, right? Once I began to explore that concept, one thing led to the other and the story began to take shape. After working to create this story over many years, finally, ‘The Siren’s Scream’ was born.

Thomas White began his career as an actor. Several years later he found himself as an Artistic Director for a theatre in Southern California and the winner of several Drama-Logue and Critics awards for directing. As Tom’s career grew, he directed and co-produced the world tour of “The Teenage Mutant Ninja Turtles: Coming Out Of Their Shells”. The show toured for over two years, was translated into seven different languages and seen by over a million children. Tom served as President and Creative Director for Maiden Lane Entertainment for 24 years and worked on many large-scale corporate event productions that included Harley Davidson, Microsoft, Medtronic Diabetes, and dozens of others. The Siren’s Scream is Tom’s second novel that follows up Justice Rules which was nominated as a finalist in the Pacific Northwest Writers Association 2010 Literary contest.

Tom’s latest book is the mystery/horror, The Siren’s Scream. 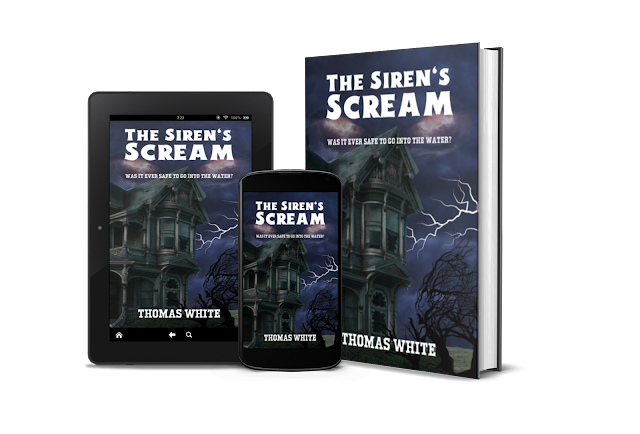